Articles That Won’t See the Light of Day

You will never ever get to read these articles. 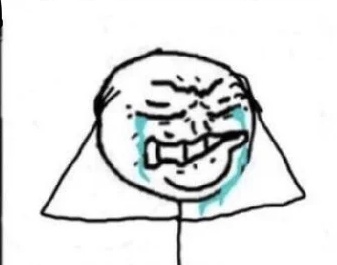 I heard you guys loved the fashion article that I did forever ago so instead of doing another article on fashion, which I’m sure all of you would enjoy, I’m instead going to be talking about the articles that I began writing but ultimately gave up on.

Coming up with something to write about is hard at least for me it is. I could just do another article on fashion but I want to do something different plus I don’t think I should be in the fashion scene I dress like garbage. Anyway, a couple of ideas I scrapped was an article on energy drinks and another on shows I think are worth watching. The one you’re probably interested in is the energy drink one. Well, it wasn’t that special I was just talking about how cool and better energy drinks are than any other drink. I was also expressing my worry about developing kidney stones because I drink a bunch of them for no particular reason I’m not trying to stay up I just like the taste. If I do develop kidney stones please pray for me because I don’t think I’ll make it. The show’s article was pretty long, it was a total of five shows that I thought were really good. All of them were anime though and I didn’t want people calling me a loser nerd so I didn’t publish it. Just kidding I just thought I did a bad job describing the shows so I gave up on it. I’ll tell you which shows I picked if you’re curious. I picked One Piece, Beastars, Devilman Crybaby, March Comes in Like a Lion, and Soul Eater. Watch those shows if you want a better life.

Okay, those are articles I actually wrote now I’ll tell you about articles that didn’t get a single word. I was thinking about writing an article about plants because I just like plants I have two of them that are very pretty and cool. I didn’t though like yes I like plants but I don’t know a lot about them. Before you say “But didn’t you just say you had two plants? You must know something” man shut up. No, but seriously I don’t I just know when to water them and that’s about it. Yeah, I have plants, drink energy drinks, and watch anime I’m a little bit different from everybody else I suppose. I’m single by the way. One more time I’m single haha. Sigh anyway, I was also thinking about writing an article about friends. No not the show like the people you hang out with. I was going to talk about how you eventually lose touch with friends until only a select few are left or none at all but that was pretty depressing so I didn’t go through with it. During Valentine I was going to publish an article describing how to find a significant other it was a jokey article and I had everything planned out. It actually had a few sentences, but Valentine passed and I wasn’t finished with it so yeah I’m sorry to everyone that was looking forward to reading that article I know a couple of you need help. Then I was like “okay what if I talk about what I’ve been up to and how online school is” but honestly I’ve just been staying in my house not going out much, binging shows, gaining weight, pondering about my life after high school. Very sad stuff, but online school is going great for me my grades are good and I don’t have to dress nicely to impress anybody. Speaking about thinking about life after high school was also an idea until I realized I am still confused and don’t know what to do. I’m graduating in like a month I have to figure it out quickly. Might go off the grid and not pay taxes or work I don’t know.

I have a lot more scrapped ideas but I don’t want to make the article super long so I’ll just stop now. The yearbook is out by the way and you should buy one. Like, go into debt for this yearbook. I hope you liked hearing about the articles I never published, I’ll actually do something specific next time that will be a lot better hopefully.